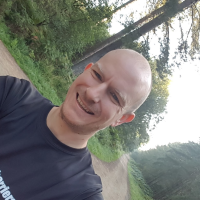 I’ve been working on commercial software since the late 1990s. Back then TDD was something you studied but never did, pipelines were something that carried oil and agile and lean were words used to describe gymnasts. In 2006 I joined a startup and worked there for 9 years which included at least 3 major rewrites, cloud migrations and an Agile transformation. In 2015 I joined ThoughtWorks and I’ve since worked on several major projects on several very different technology stacks. Every day in my job I see things surprise me, shock me, disappoint me and sometimes delight me!

Quantum computing has existed as a theoretical concept for some time. I recently saw some talks on quantum computing and I’ve been inspired to start researching the field myself. There are now a handful of (known) quantum computers in existence, some of which, such as the “IBM Q Experience” allow you to execute real quantum programs. I’ll give an overview of the state of the art, what the potential of quantum computing is, what its limitations might be and a small dose of speculation on what applications could be suited to to quantum computers and when they might start to be really useful.

I’ve also designed a demonstration of Quantum Computing, using Microsoft’s Q# (not a real quantum computer, it is a simulator designed to run on a traditional digital computer) called “Clementine’s Cat”. I was inspired to make Clementine’s Cat when I described Shrodinger’s Cat to my daughter and she was horified that anybody would do such a thing to their cat. So Clementine’s Cat is a humane modern spin on the traditional quantum thought experiment in which no cats are harmed, either theoretically or in reality.